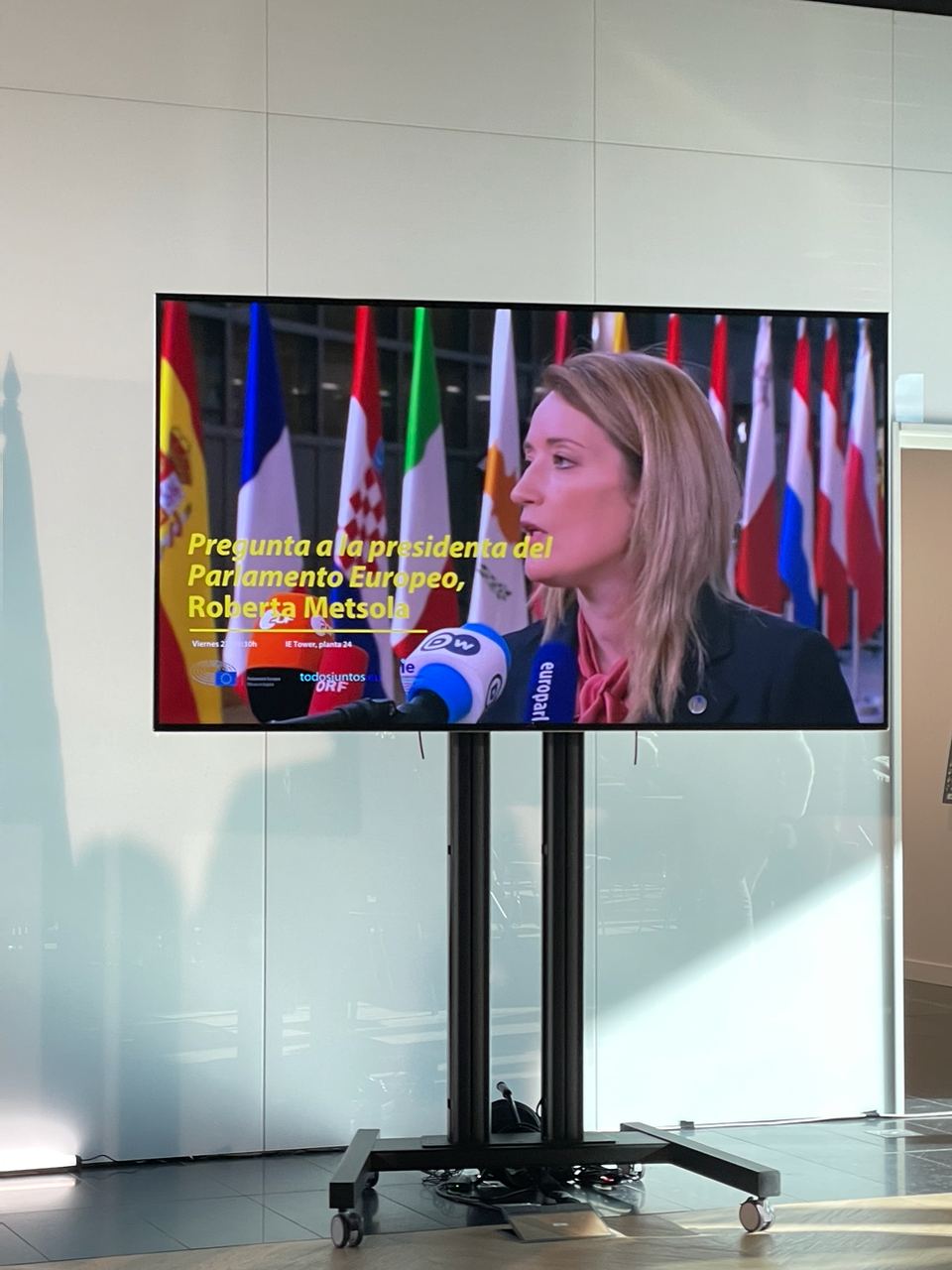 “Ask the President of European parliament” was the event organized by IE University for students and faculty in Madrid on Friday, January 28. 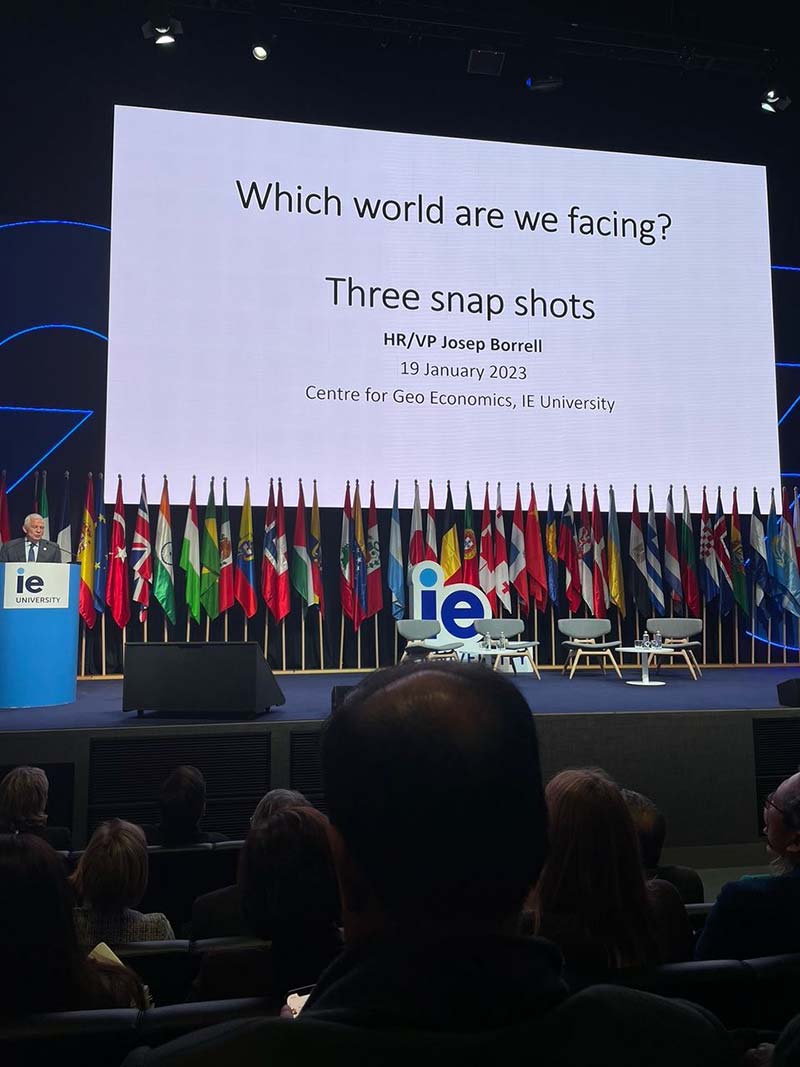 On January 18, the IE University (Madrid) hosted an event that opened a new stage in the development of the School of Global and Public Affairs at IE University.

Representatives of the EU governing bodies, the Spanish government, the diplomatic corps, and the academic community gathered to present the new program of the School of Global and Public Affairs. The Odesa School of Law was represented by Professor Viacheslav Tuliakov, Professor of the Department of Criminal Law at the National University "Odesa Law Academy", visiting Professor at IE University, ad hoc judge of the European Court of Human Rights in favor of Ukraine. 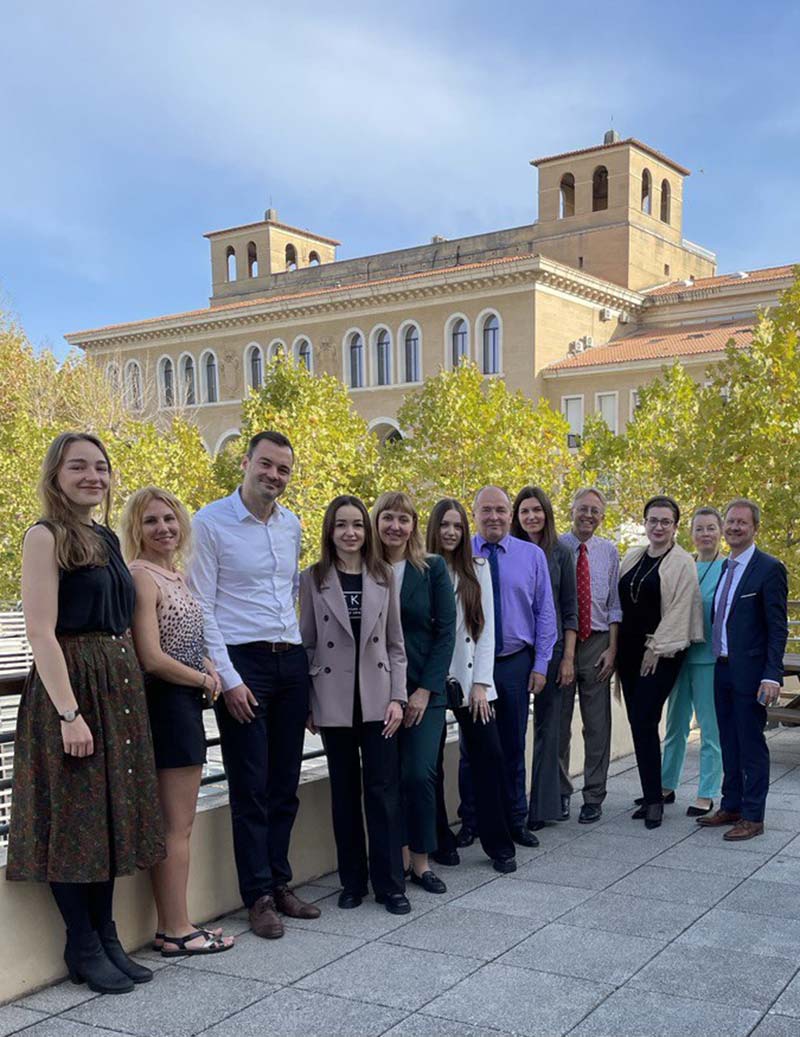 From October, 25 till 29, at the Faculty of Law and Political Science at the University of Ajax-Marseille, there has been held an international dissemination conference under the framework of the CRIMHUM project 'Modernization of master's programs for future judges, prosecutors, investigators, taking into account European human rights standards'. 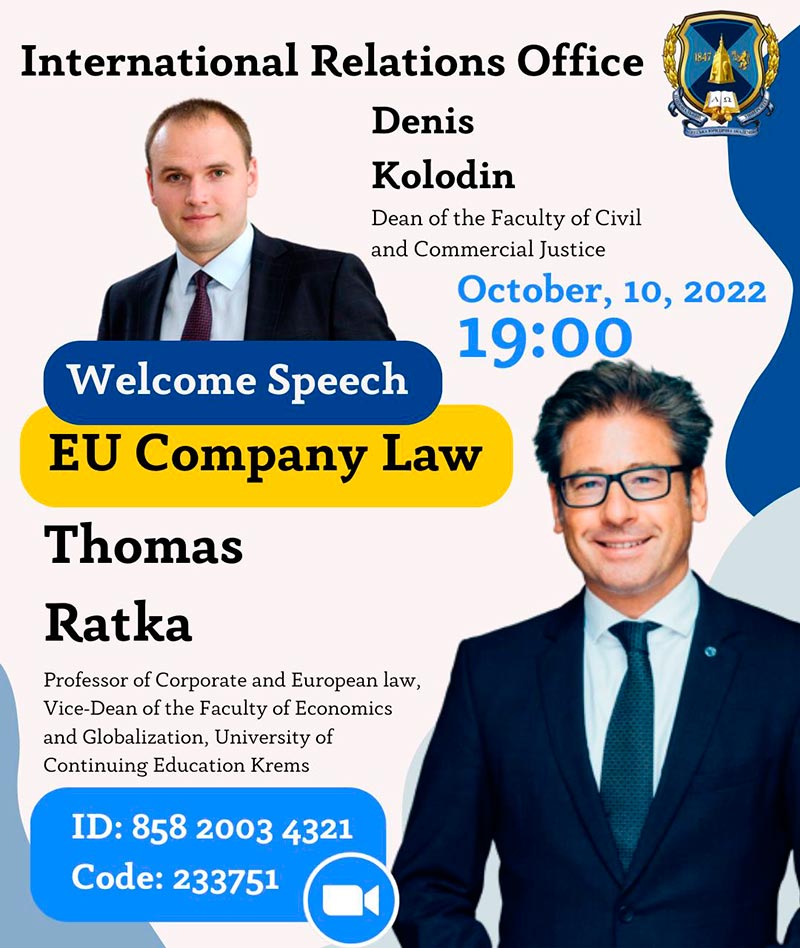 On October 10, 2022, Thomas Ratka, the Professor of Corporate and European law, Vice-Dean of the Faculty of Economics and Globalization at the University of Continuing Education Krems, has given a zoom-lecture on EU Company law at the National University `Odesa Law Aacademy`. Staff and students had an opportunity to attend the meeting. 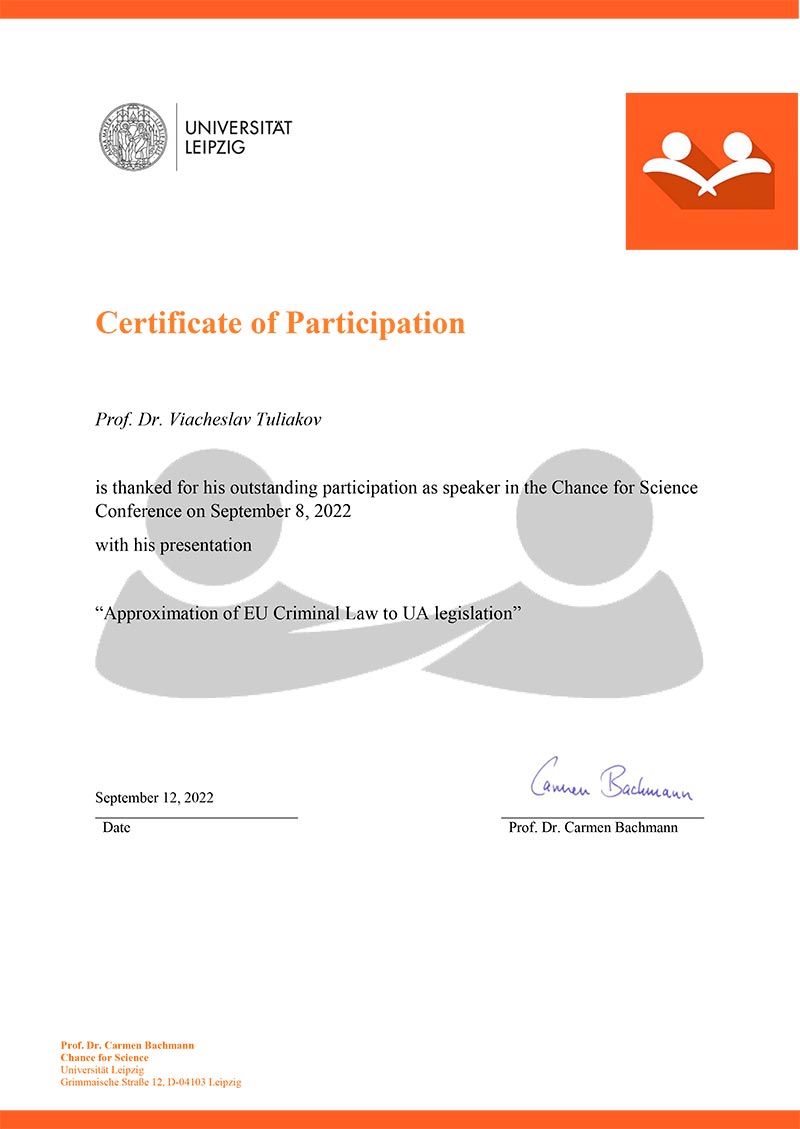 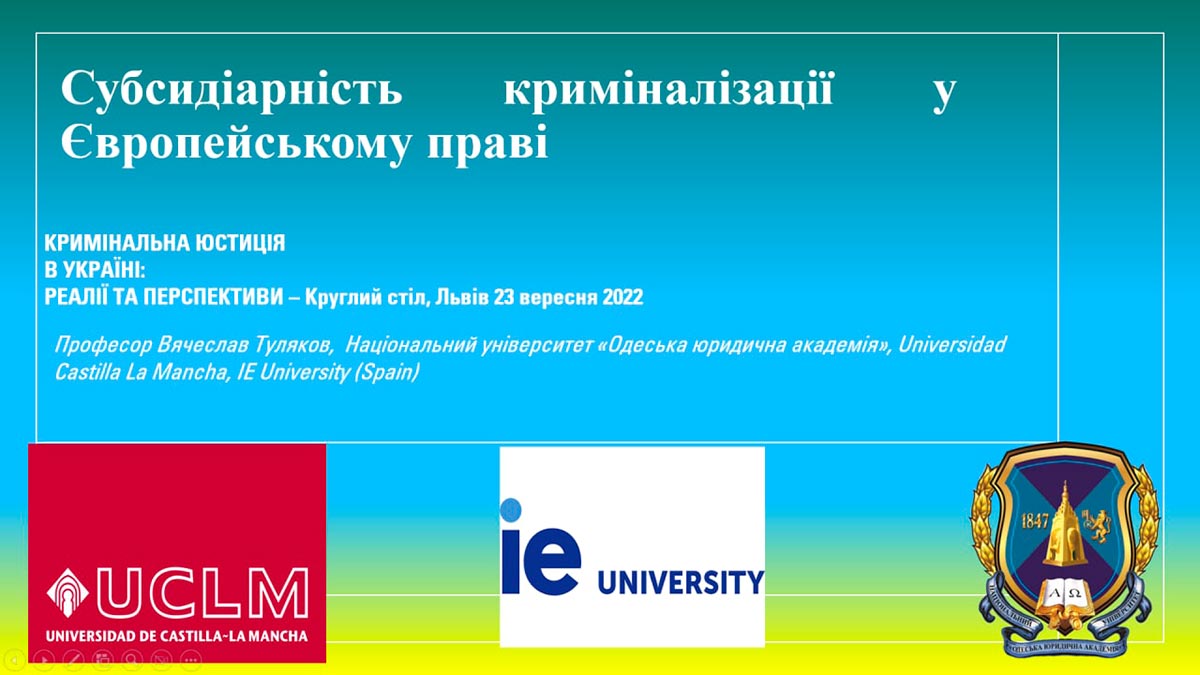 We congratulate Professor Vyacheslav Tulyakov, Department of Criminal Law, on his participation in the "Chance for Science in the meeting", which was held at the Lviv on September 23, 2022.

Professor Vyacheslav Tulyakov delivered a presentation on the "The subsidiarity of criminalization within  the European Law". 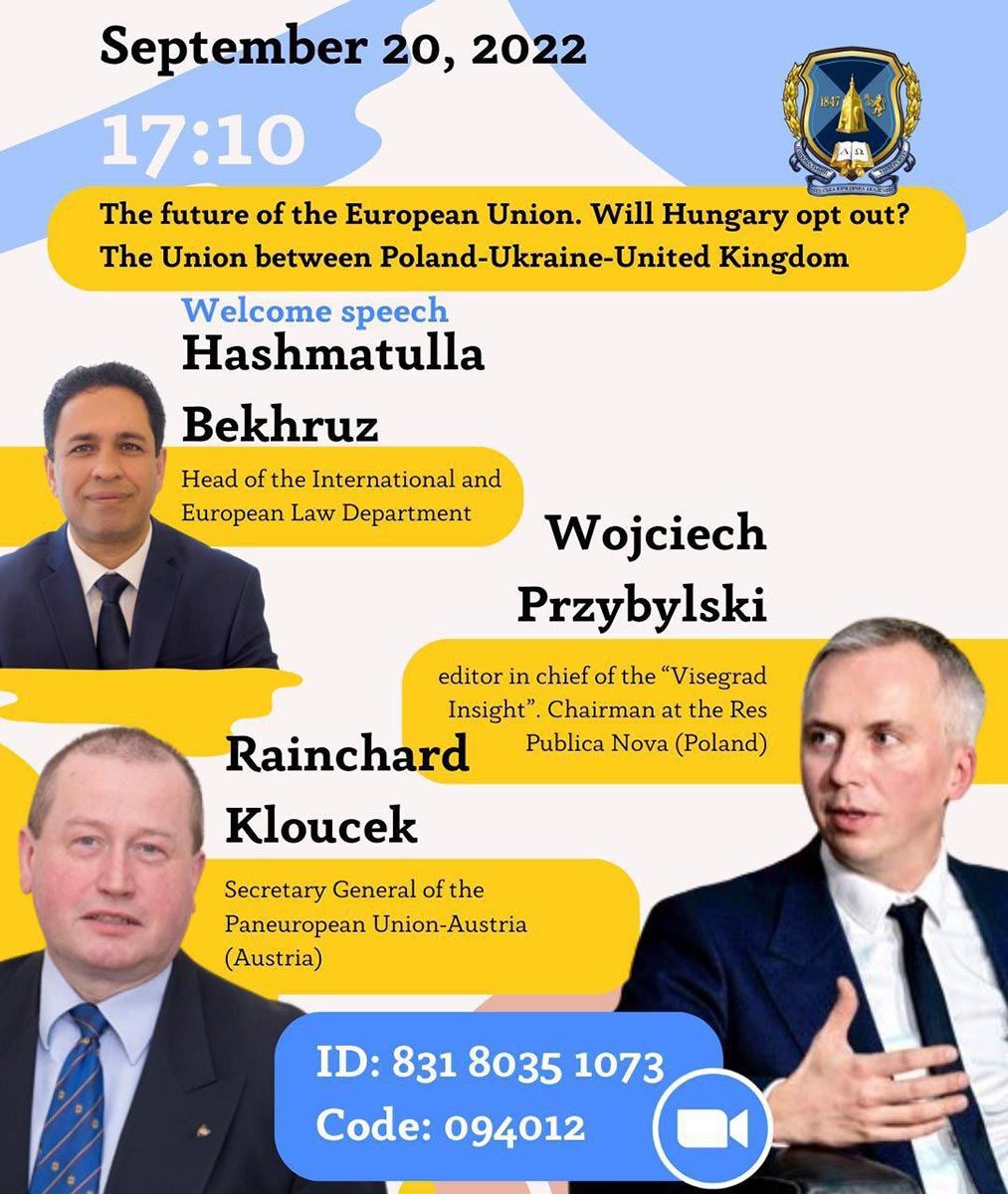 Nowadays, the European Union faces many internal and external challenges. The most serious threat is the Russian aggression towards Ukraine. Russian policy undermines the stability within the continent. European politicians have to find the proper response and prevent Russia from breaching international law. 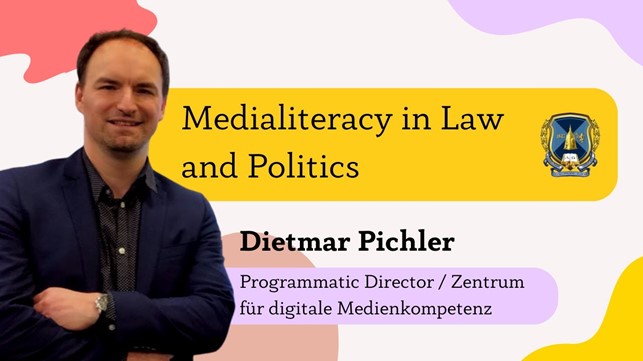 In today's world, media literacy plays an important role, since we all depend on the external information environment. Every day we come across a large number of facts, most of which are fakes, thanks to which they try to manipulate us in favour of the other's  interests. It is necessary to consider each message carefully and to be able to form one's own point of view on important legal and political issues. Dietmar Pichler's lecture will teach you how to spot fakes and effectively counter them. 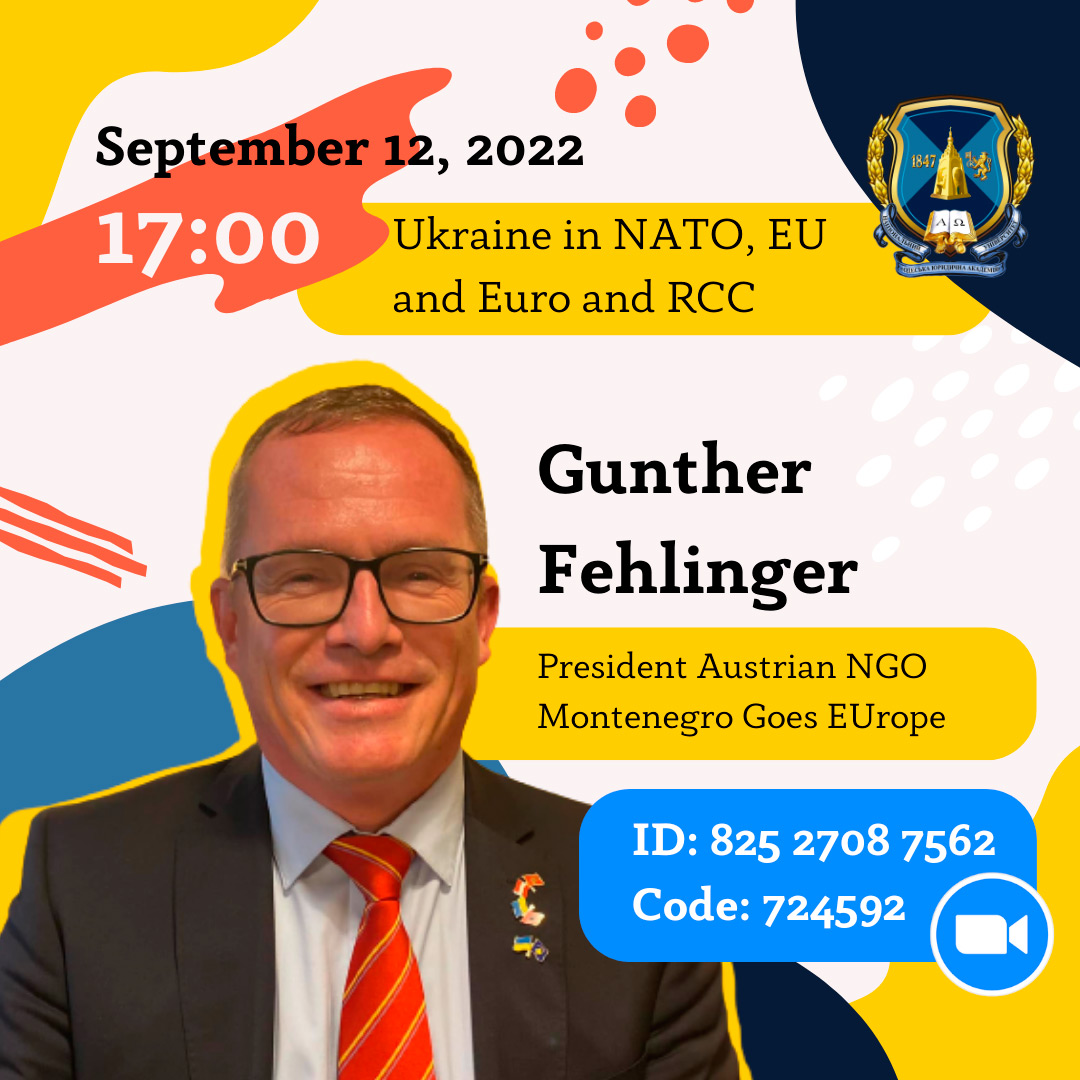 On September 12, 2022, our University has hosted an Austrian economist Gunther Fehlinger, who gave a lecture to our students. 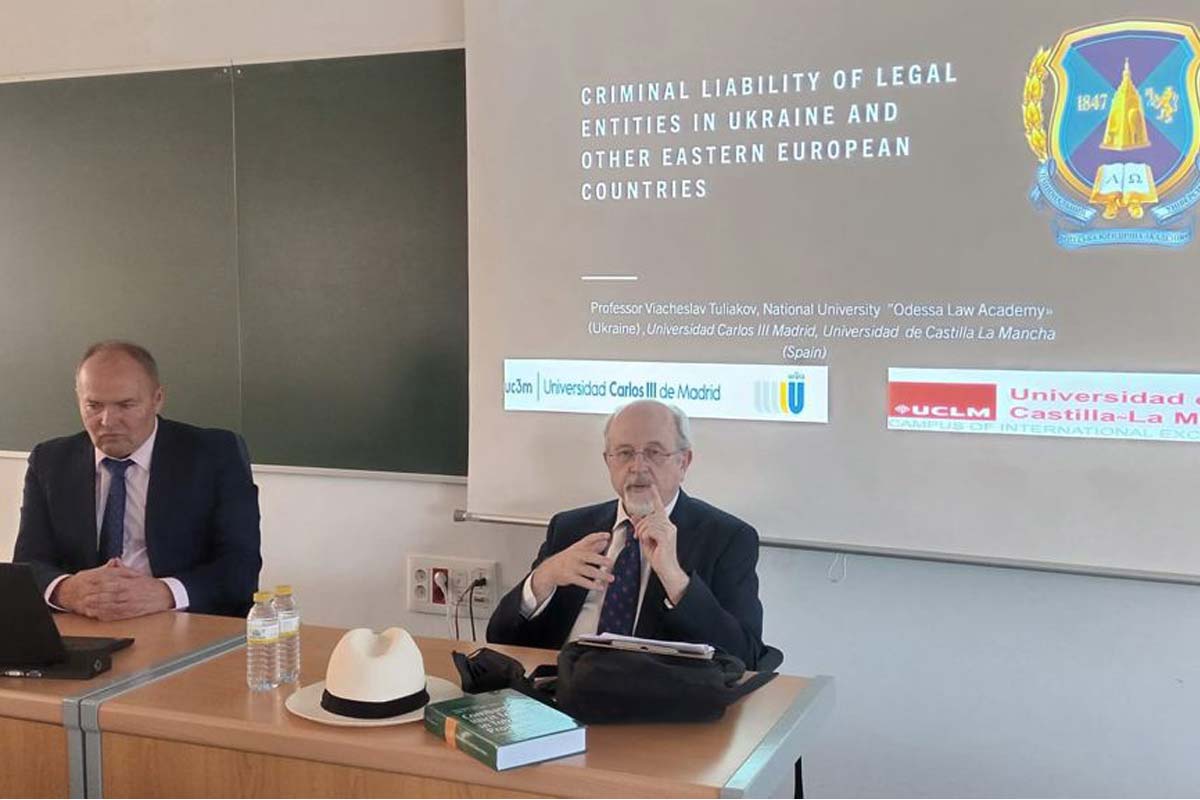 The issue of comprehensive verification of the state of companies and the criminal-legal consequences of such activity in relation to human rights violations was the topic of the International Conference, which was held at the Faculty of Law and Social Sciences of the University of Castilla La Mancha. 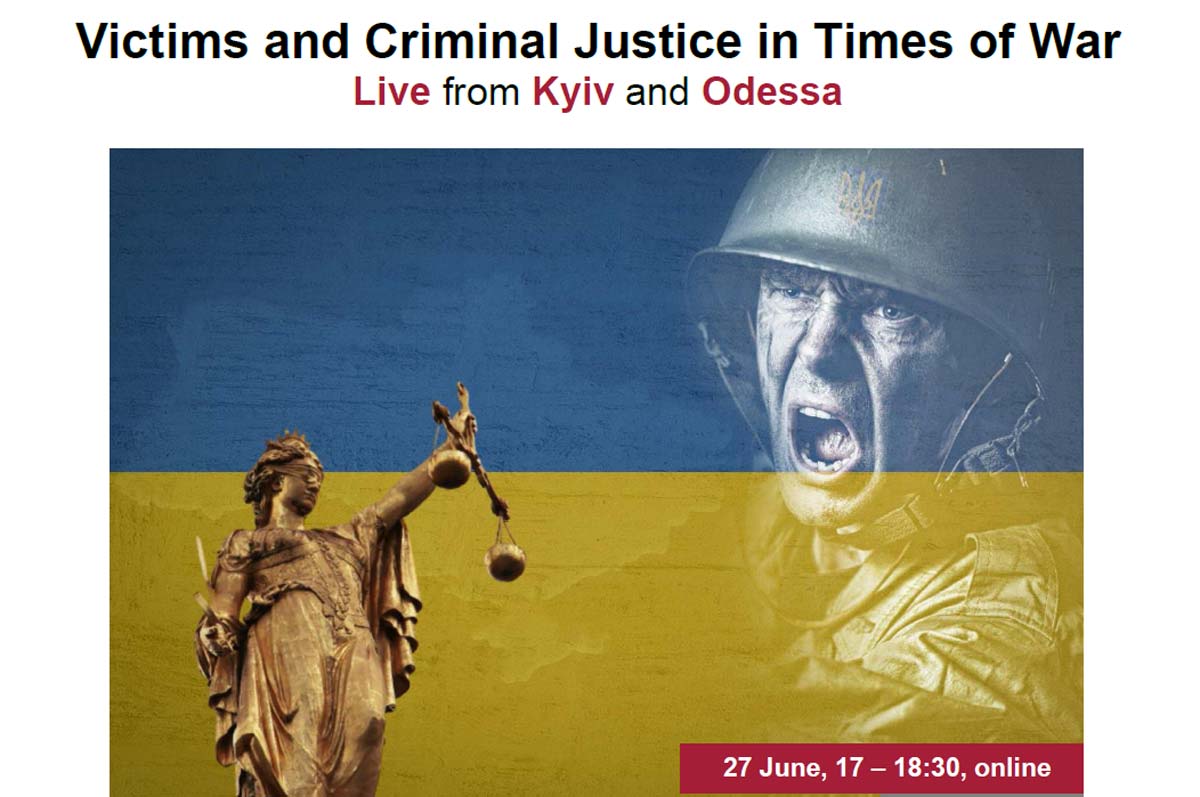 Victimology of Russian Aggression: Europe in Times of Turbulence” - that was the theme of the open lecture of vice-rector for international relations, professor Viacheslav Tuliakov for academia and students of Tubingen University (Germany). 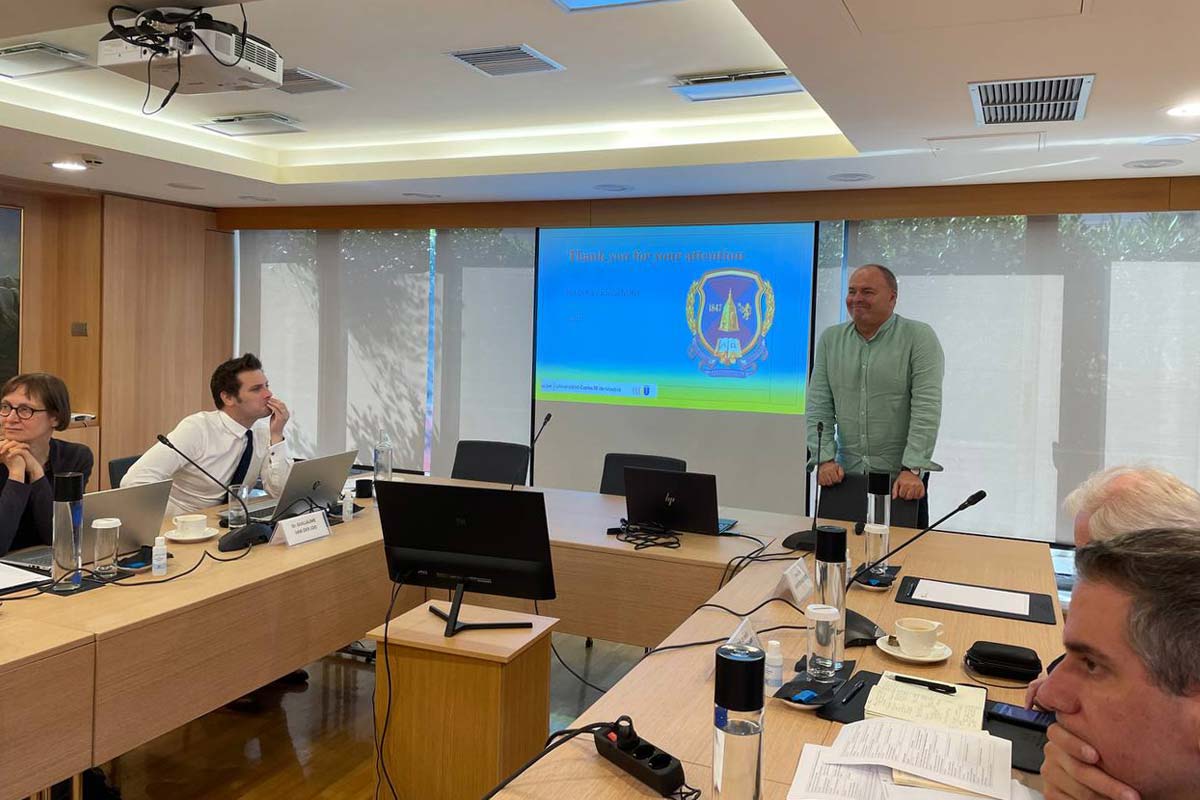 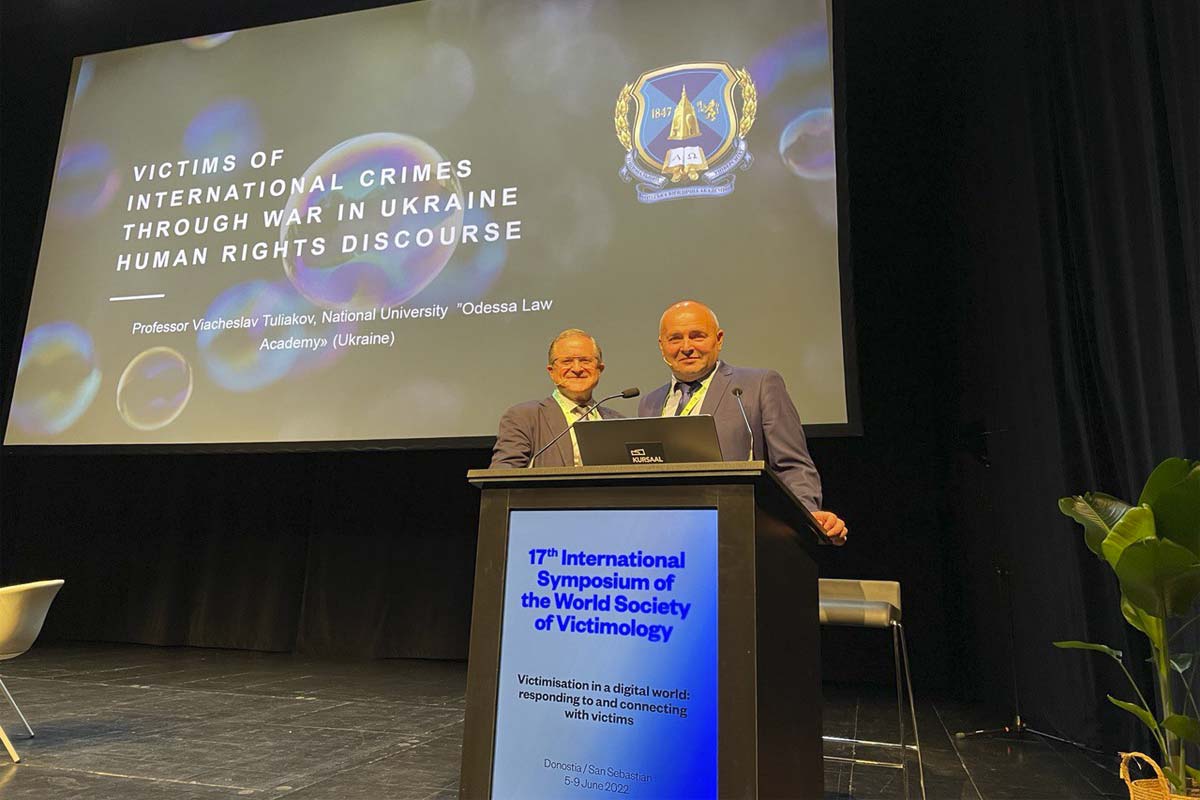 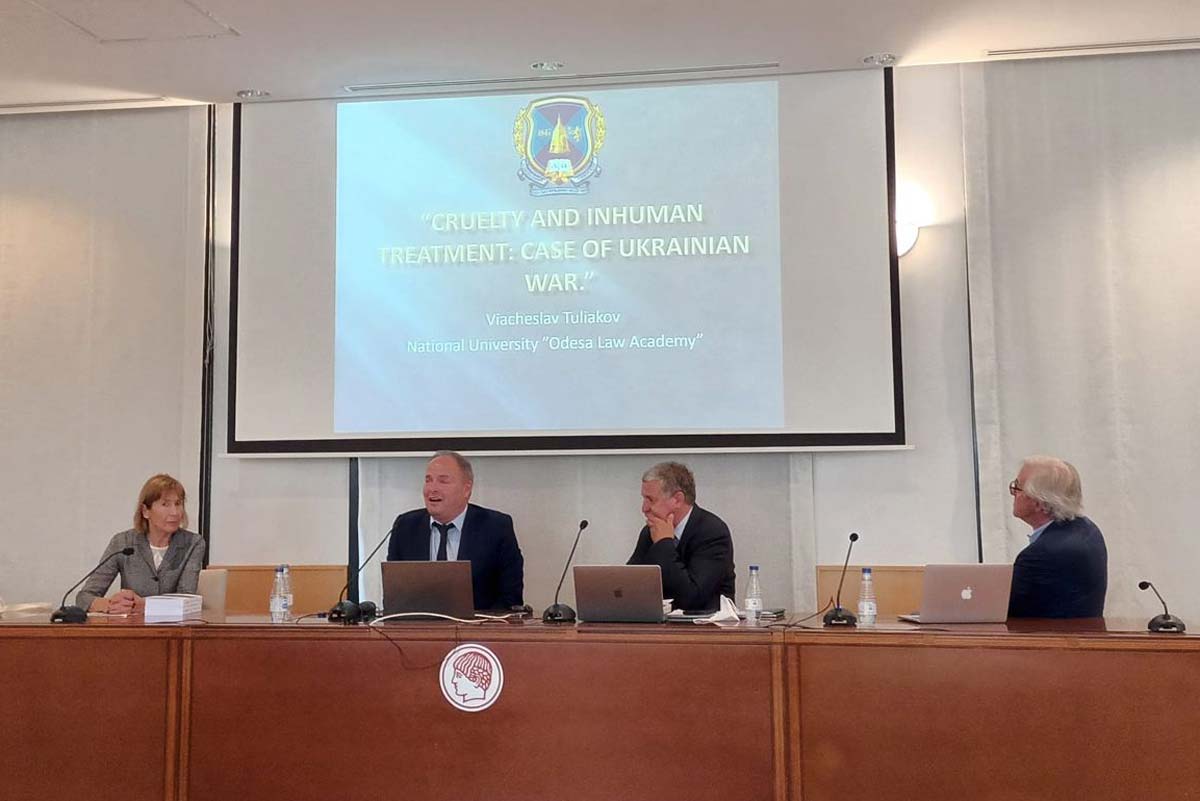 "Against the Death Penalty: Opinio Juris and International Law", under this name, the World Congress of the International Society for Social Defence and Humane Social Policy was held on May 19-20, 2022. Under the leadership of President Professor Luis Arroyo Zapatero, the Congress spent two days examining the scientific and academic perspectives of combating the death penalty, that is notified as criminal penalty in the laws of half the world and tends to spread. 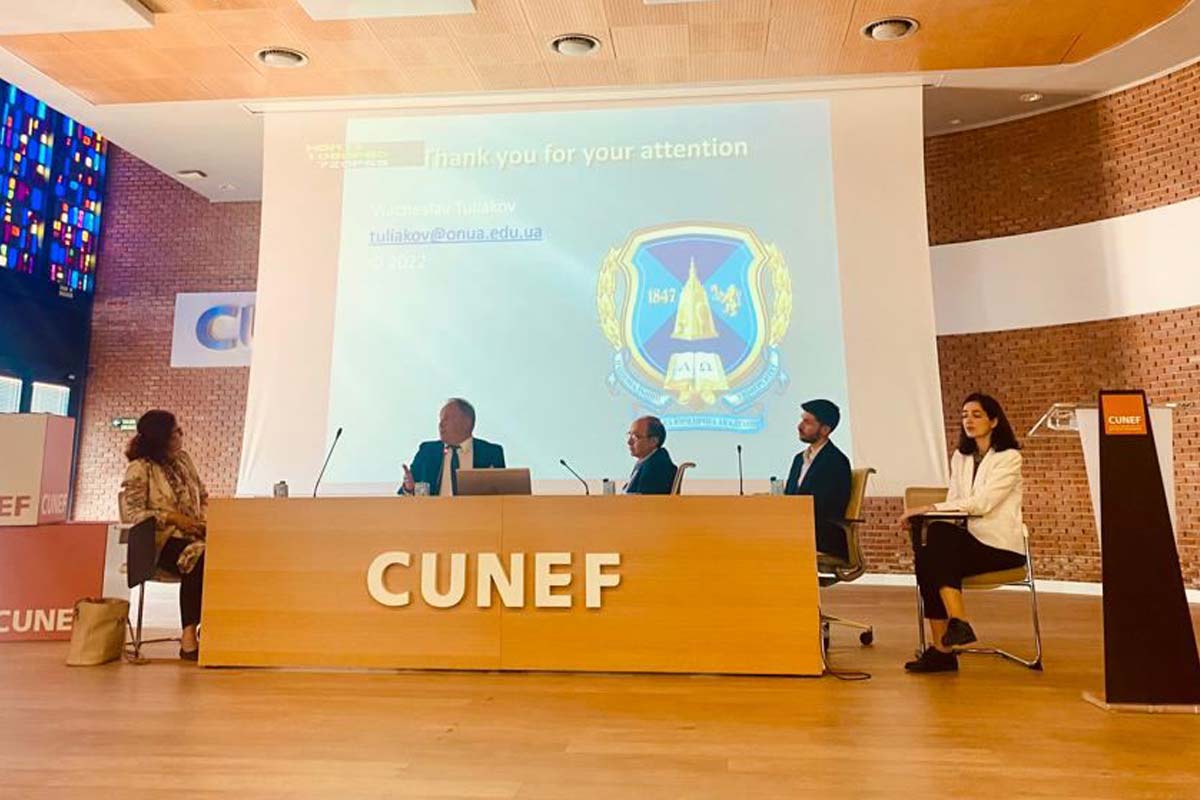 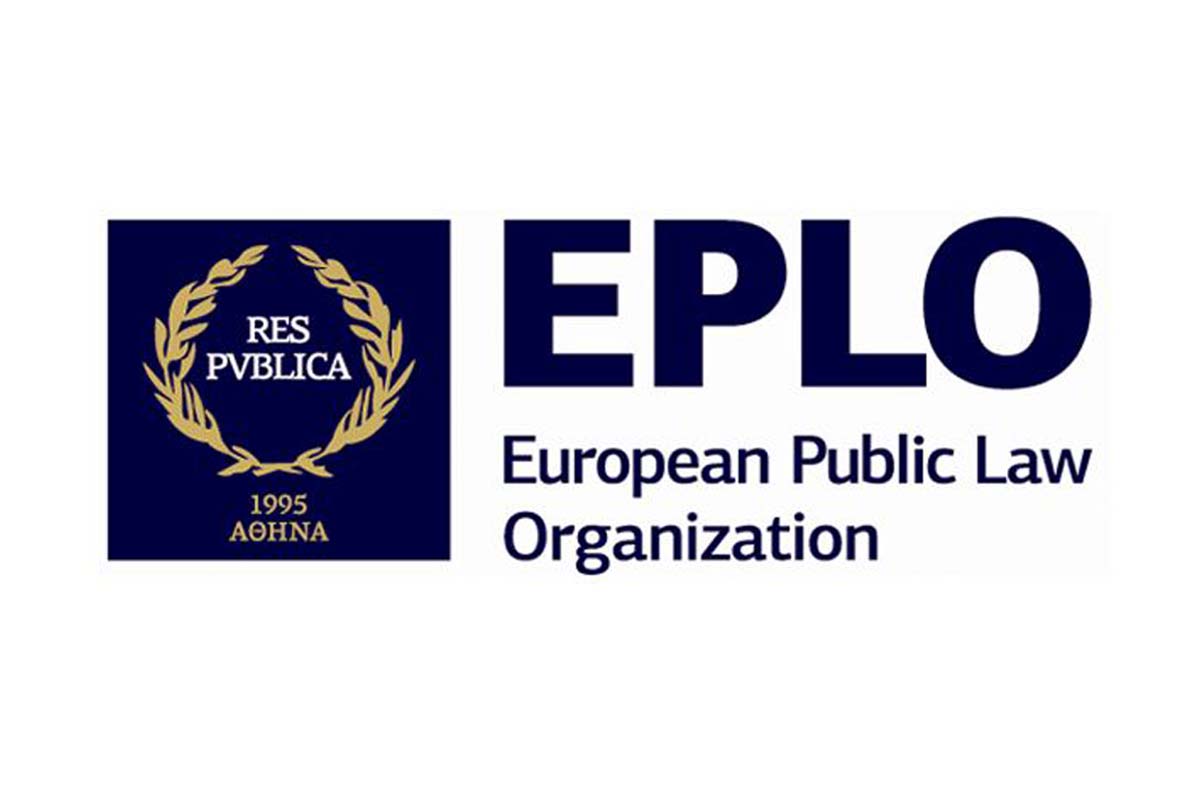 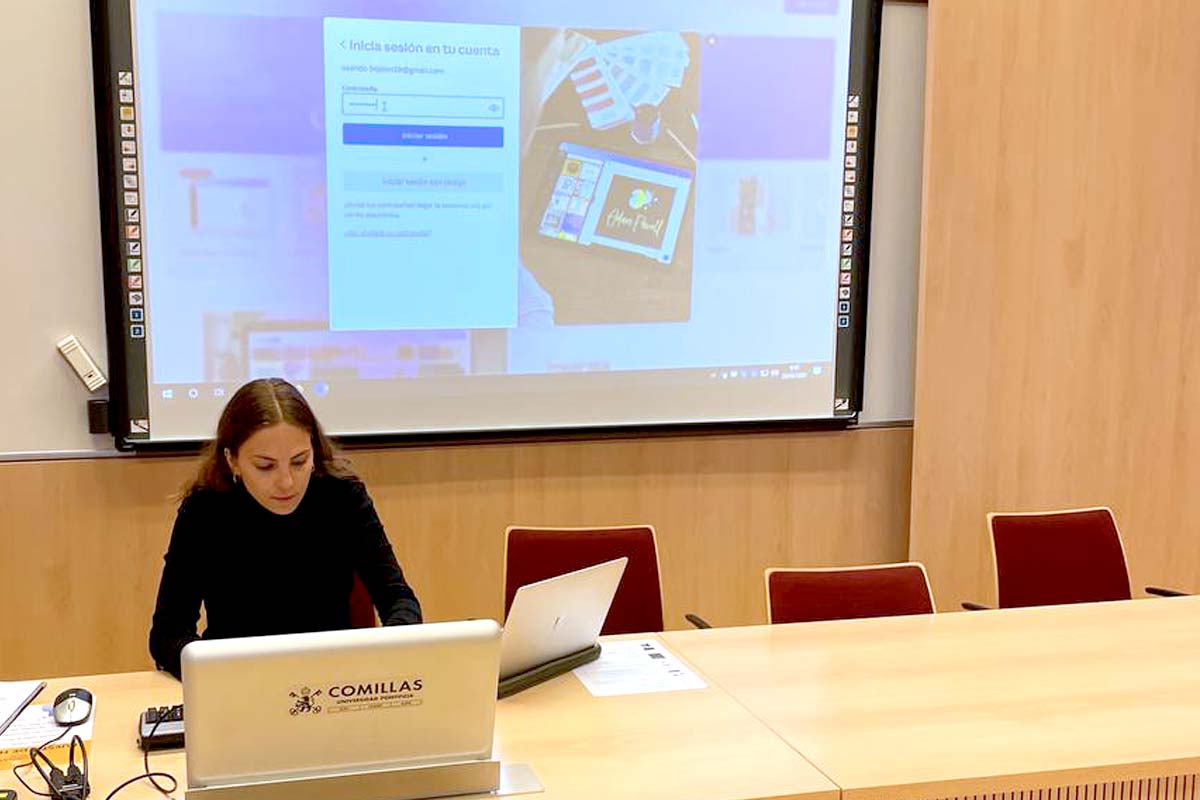 Professor Viacheslav Tuliakov, has taken part in the Theses Tribunal for the Defense of Master's works of Students applying to the Master's Degree in International and European Business Law of the University of Pontifica Comillas, Madrid Spain. 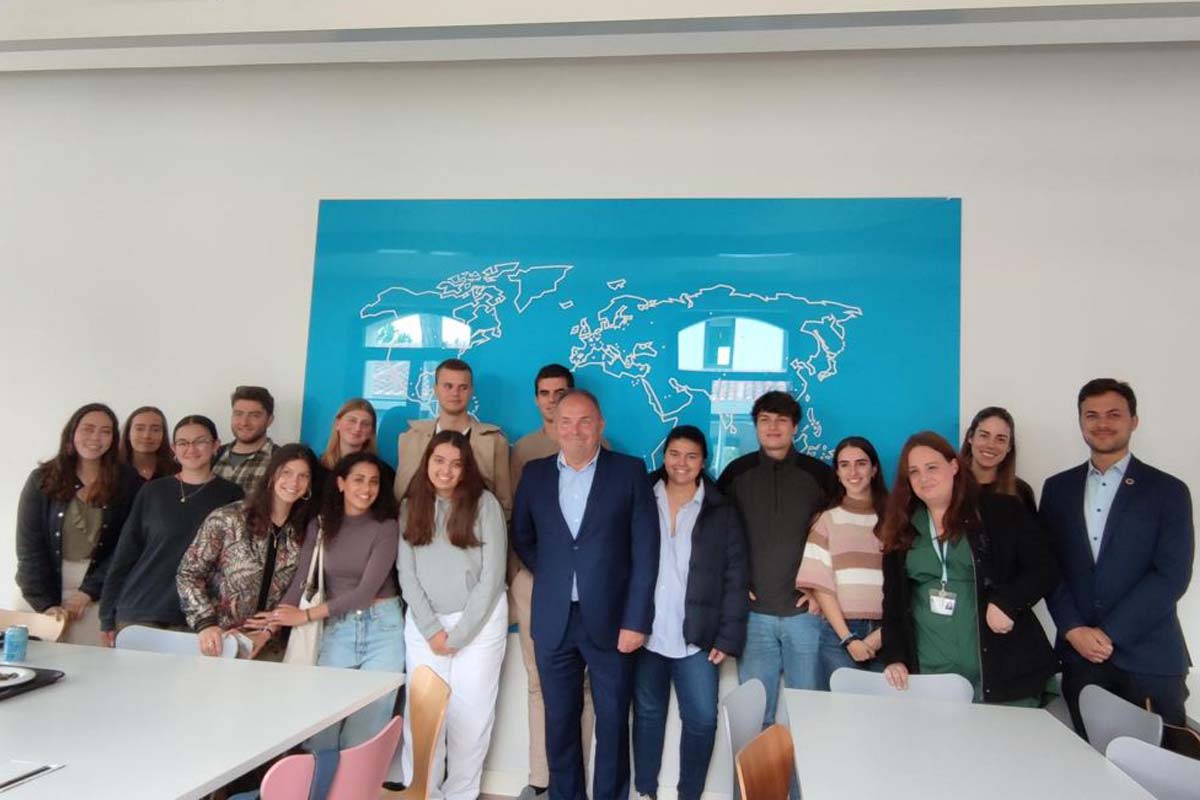 NU OLA Vice-Rector for International relations Viacheslav Tuliakov has met with practitioners and students of IE University School of International and Public Affairs, in their Segovia campus, Spain. 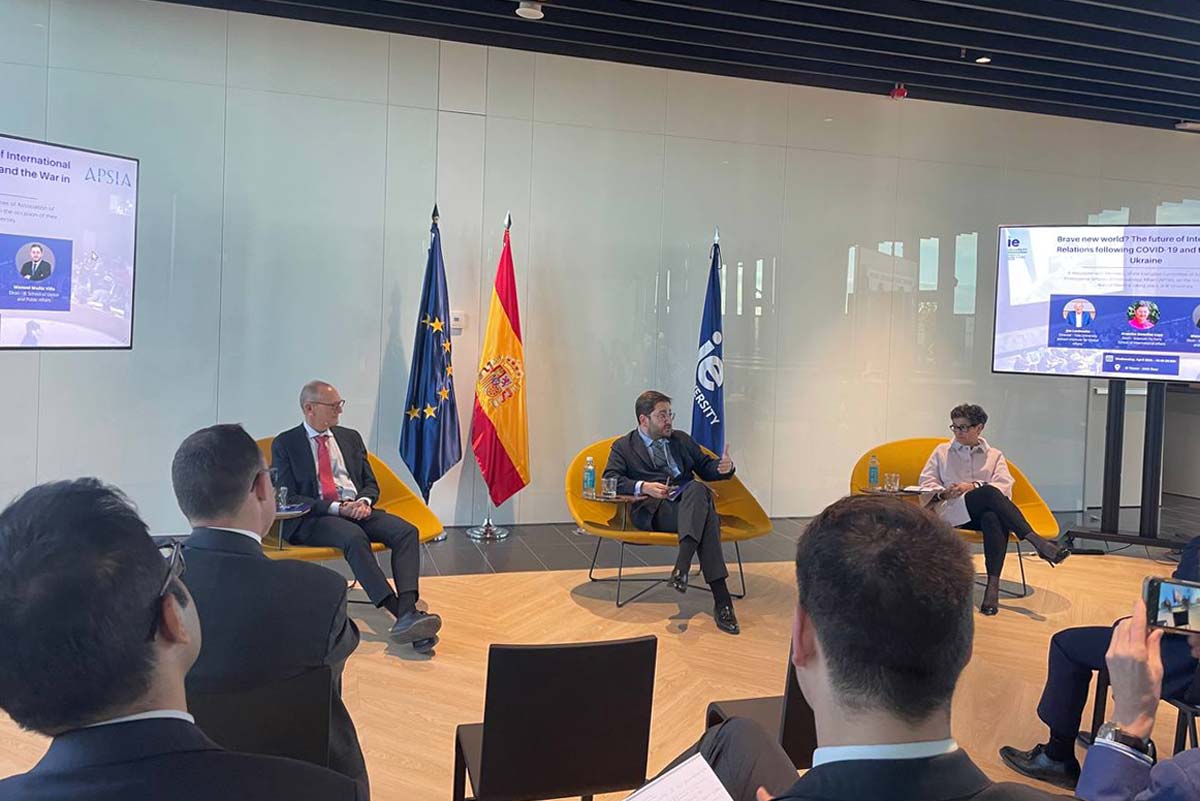 "A wonderful new world? The future of international relations after COVID-19 and the war in Ukraine" was the topic of a professional discussion with members of the Executive Committee of the World Association of Directors of Schools of International Relations (APSIA): APSIA President Jim Levinson, Yale University Jackson Institute Director, Maria Aransas Gonzalez Laya Dean of the School of International Relations Sciences Po, Paris, as well as the Rector of the University of IE and the Dean of the School of Global and Public Relations, Manuel Munis, Madrid. The discussion focused not only on Huxley's predictions about law and technology, but also on the future of international relations after two years of global pandemics and the recent Russian invasion to Ukraine. 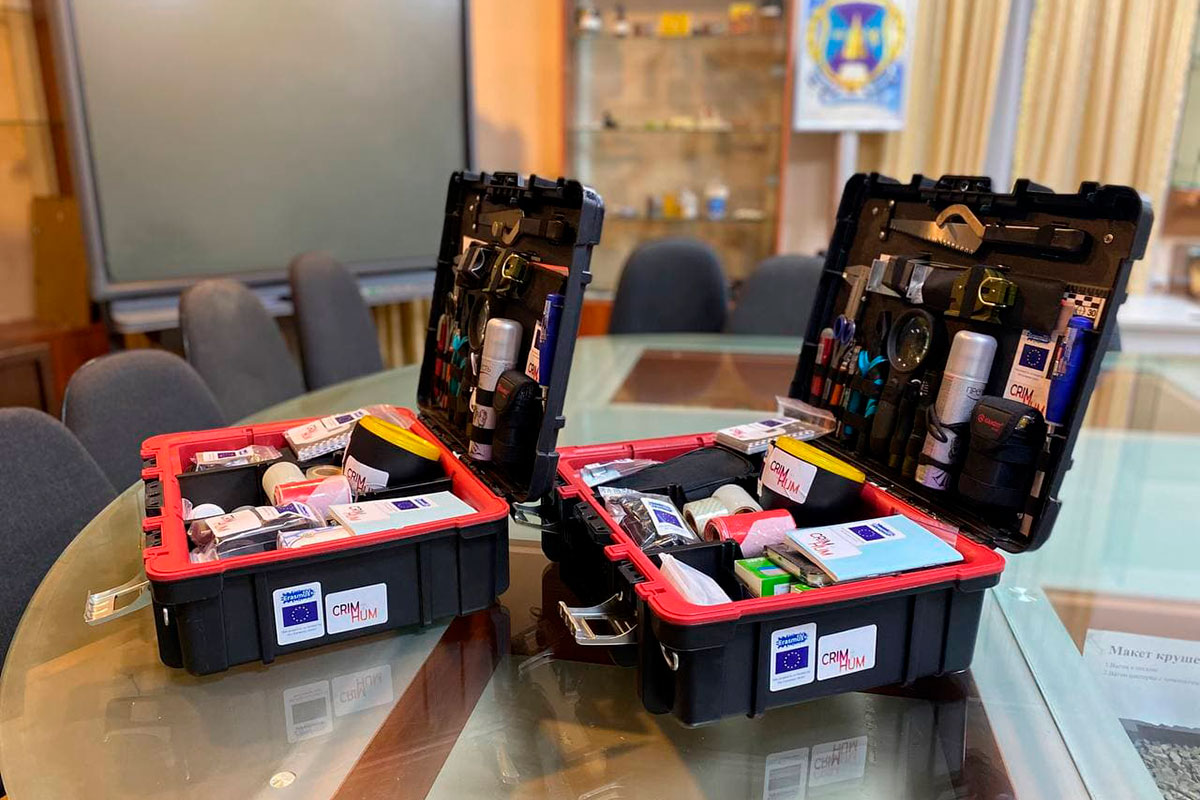 Within the framework of the CRIMHUM project, we received the latest cases with a complete fundamental set of equipment for our masters, future judges, prosecutors and investigators.

The aim of the CRIMHUM project is to modernize teaching process in the most conservative field of jurisprudence by developing and implementing a specialized master's program in criminal justice. Provision of material and technical base is one of the leading directions of the project.