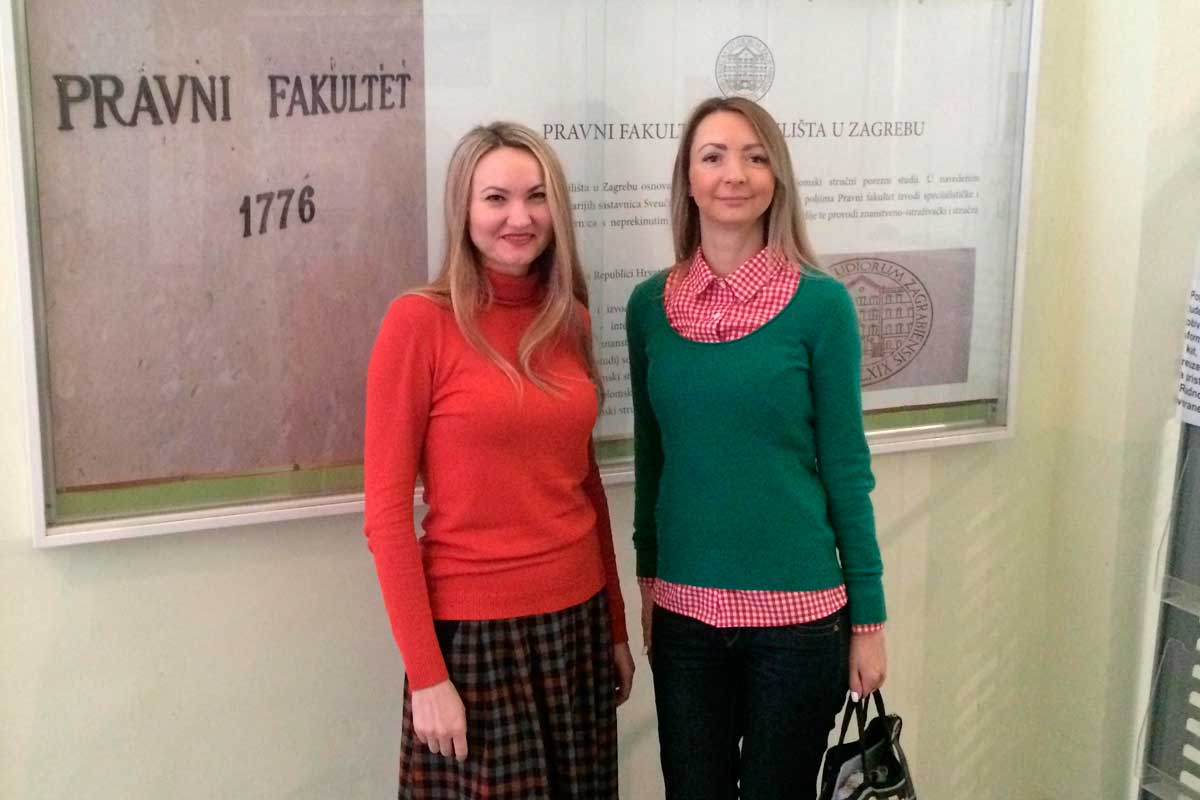 In the beginning in 2018, the staff of National University “Odessa Law Academy” already got new achievements in the field of academic mobility, as under the ERASMUS+ Option K1 it was received a grant for internship in the University of Zagreb (Croatia ) for three teachers representing such fields of knowledge as jurisprudence, international relations and economics,

The grant was a logical continuation of the cooperation between National University “Odessa Law Academy” and the University of Zagreb within the framework of the TEMPUS IV “European and International Law Master Programme Development in Eastern Europe” in 2013-2017, thanks to which an innovative Master programme on international law and European Union law in English was launched in Odessa.

With the assistance of the ERASMUS + Programme, from 22 to 26 January 2018, Professor of the Department of the General Theoretical Jurisprudence, Doctor of Law Olga Melnichuk and Associate Professor of the Department of International Law and International Relations, Candidate of Political Sciences Darina Dvornichenko, trained on the basis of the relevant faculties of Zagreb University.

Participation in the internship program allowed Ukrainian teachers to get acquainted with the normative principles, organization, features and internationalization of the educational process in Croatian higher educational institutions. Teachers of National University “Odessa Law Academy” had an opportunity to get acquainted with the methodological support of the academic disciplines taught in the University of Zagreb in English. Special attention was paid to the analysis of the experience of Croatian colleagues in the preparation and management of trans-European projects in higher education.

In the end of March, one more representative of the teaching staff of National University “Odessa Law Academy” Associate Professor of the Department of National Economics, Candidate of Economic Sciences Evgeniya Redina, is scheduled to visit the University of Zagreb.