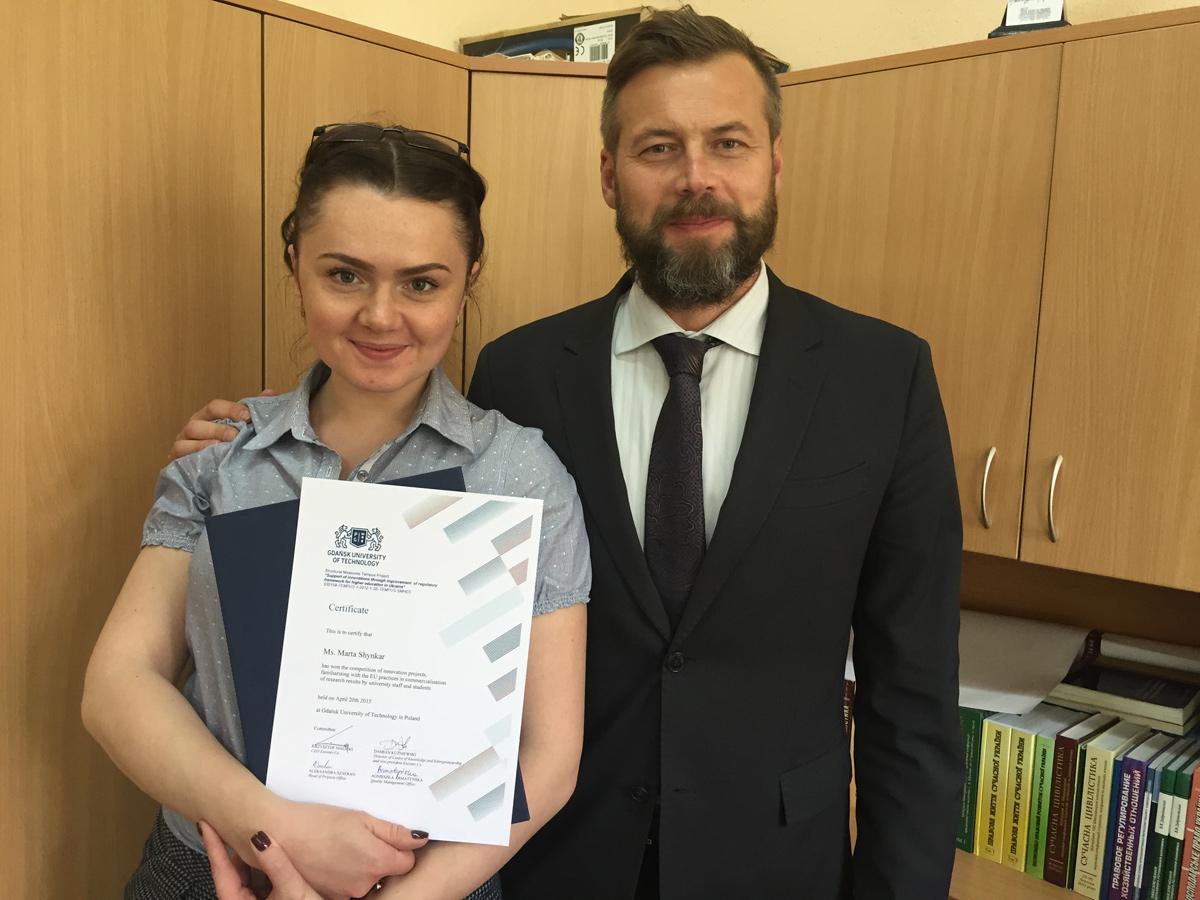 On 20-25thof April a team of National University «Odessa Academy of Law»with Members: Associate professor of Commercial Law & Procedure DepartmentMr. Mikhail Kartuzov and 5-year student of the Faculty of Civil and Economic Justice Martha Shynkar, took part in the competition of innovation projects carried out in the Gdańsk University of Technology (Poland) in the framework of the European Union – Tempus «Supporting innovation by improving the regulatory framework for higher education in Ukraine». The competition was also attended by the team of the National Technical University of Oil and Gas (Ivano-Frankivsk), National Metallurgical Academy of Ukraine (Dnipropetrovsk) and the National University of Economics and Trade of M. Tugan-Baranowski (Donetsk).

Presented by our team project «Distance Learning Center» is designed to provide services of distance learning for students (law degree), as well as for legal practitioners (professional courses), who are unable to study at the campus due to work commitments, family circumstances, by virtue of residence in another locality.

After the visit, the Team of National University «Odessa Academy of Law» intends to take all necessary measures for the practical implementation of the proposed project.