ADMINISTRATION OF THE PRESIDENT OF
THE NATIONAL UNIVERSITY
"ODESSA LAW ACADEMY" 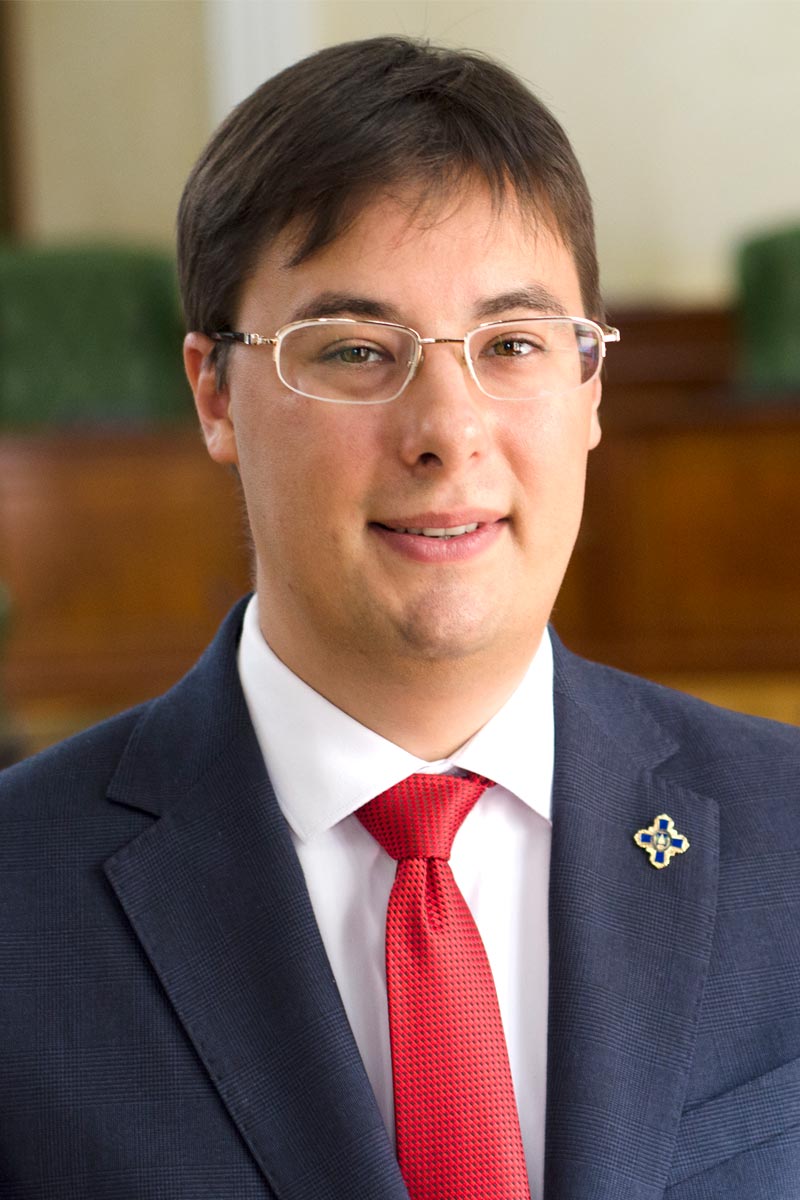 Valentin FEDOROV
Head of the Administration of the President
Candidate of Juridical Sciences, Docent

The Administration of the President was established in 2017 with aim to optimize the activity of the National University "Odessa Law Academy" and advance the quality of the provided instruction. The subdivision is headed by Candidate of Juridical Sciences, Associate Professor of the Department of General Theoretical Jurisprudence Valentin Fedorov. The Administration consists of the Secretariat, Public Relation Department, Press Office of the President and other units.

The main objective of the Secretariat is to coordinate the workflow of the University, ensure telephone communication, project and document preparation, arrangements, as well as assistance during formal events and meetings.

The Public Relations Department is an innovative structural subdivision which is aimed at popularisation of the University in Ukraine and on the global stage, developing the University's communication strategy and image policy along with career guidance plan. The Department involves experienced journalists, photo and cameramen, a group of PR and event managers who represent the University's activities on the official website, social media, television and the press, arrange and hold events at the National University "Odessa Law Academy". Moreover, the Department provides interaction and coordination between the University and its partners, public organisations, public institutions and authorities and local government as well.

The Press Office of the President includes spokespersons, monitoring group, analytical group, speechwriters and and copywriters together with support and accreditation team.

Besides, the Administration of the President of the National University "OLA" embraces an editing studio and a laboratory for applied PR technologies and an IT laboratory, which is involved in the implementation of the information technologies into the teaching process. In 2017, the IT laboratory developed the University Guide, a mobile application containing general information information about "Odessa Law Academy", its management and magistral personnel, attending hours and a wide range of other details. It should be mentioned that Associate Professor Denis Ivanov created a unique assistant for students and teachers, Facebook messenger chat bot, which enables students to watch video lectures, prepare lessons and even retake examinations online.

The Administration of the President of the National University "Odessa Law Academy" works in close rapport with the Legal Clinic and the Laboratory for Sociological and Political Studies implementing a wide range of national social projects.

The foundation of the Administration was a very progressive step towards the University's future and development. The positive feedback has arisen since its first months: a brand new websites of the University and its subdivisions were developed. The department has commenced cooperation with leading media and arranged numerous national and international events; the University's career guidance products and activities have been totally updated, a new brand book has been developed as well. The University's information network embraces more than two hundred webpages, social media pages, television channels, newspapers, magazines and radio stations.

The team of the Administration still has a lot of great ideas and will certainly have a lot of significant projects.